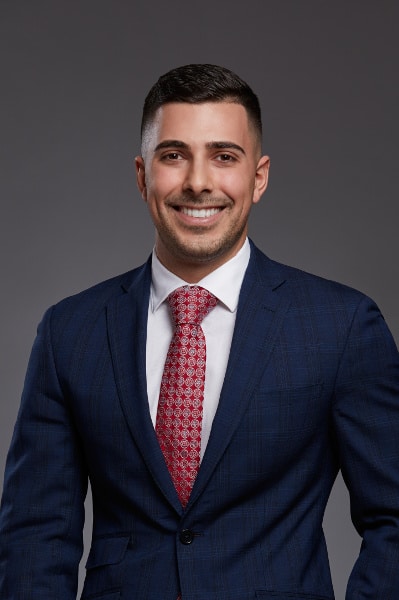 Steven joined Ravinsky Ryan Lemoine in November 2019 after completing both his civil and common law degrees (LL.B./J.D.) from Université de Montréal, as well as his masters in tax law (LL.M. Tax) at Osgoode Hall Law School. He currently works in the firm’s tax litigation group under the direction of Mtre Paul Ryan, Ad. E.

Throughout his university studies, Steven was actively involved in numerous student committees and community projects. Notably, he volunteered with the Big Brothers Big Sisters of Greater Montreal for several years, participated in a humanitarian mission in South Africa, and served as an elected member of the Graduate Law Students Association at Université de Montréal. In addition, Steven participated in summer exchanges in Beijing at the China University of Political Science and Law and in London at the London School of Economics and Political Science. He is currently a member of the Canadian Tax Foundation’s Montreal’s Young Practitioners Steering Committee.

Prior to joining Ravinsky Ryan Lemoine, Steven worked in the legal department of a prominent Canadian shipping company, and served as a teacher’s assistant at the Ted Rodgers School of Management in Toronto.

In his spare time, Steven particularly enjoys playing sports, travelling and activities that allow him to combine his passion for food and wine.