Sometimes preventable, sometimes unavoidable, disputes and litigation are an inevitable part of business and life in general. Handled incorrectly, a small misunderstanding can spiral into acrimonious and lengthy litigation at great financial and personal cost for those involved. The overburdening of the Quebec Court system and the ever increasing delays for trial dates are a testament to this reality and illustrate the necessity for efficient and timely dispute resolution.

Sometimes preventable, sometimes unavoidable, disputes and litigation are an inevitable part of business and life in general. Handled incorrectly, a small misunderstanding can spiral into acrimonious and lengthy litigation at great financial and personal cost for those involved. The overburdening of the Quebec Court system and the ever increasing delays for trial dates are a testament to this reality and illustrate the necessity for efficient and timely dispute resolution.

Conversely, many opportunities for satisfactory and cost-effective dispute resolution may often be overlooked within the maelstrom of civil litigation. In order to provide a better understanding of the challenges and complexities of civil litigation, as well as the many paths parties may take towards settling their disputes, the following presents a general overview of the litigation and dispute resolution process in Quebec.

Within Quebec, the Civil Code of Quebec is the principal piece of legislation regarding matters of provincial jurisdiction. The Civil Code of Quebec is also complemented by other laws relating to certain areas of law. For example, the Act Respecting Labour Standards sets labour standards throughout the province while the Consumer Protection Act details the law applicable to contracts between consumers and merchants.

The procedural rules to be followed in civil and commercial litigation before the Courts in Quebec are set out in the Code of Civil Procedure which incidentally went through a major overhaul leading to a new version enacted on January 1, 2016. Presently, it is commonly referred to as the “New Code of Civil Procedure”.

At the top of the Quebec Court system’s hierarchy sits the Court of Appeal,
whose role is to examine judgments from lower Courts and determine whether these judgments must be maintained, reversed, or modified.

The following is a step-by-step overview of the civil litigation process in Quebec and the main stages commonly gone through by the parties.

After having received a negative or no response from the party put on notice, the Plaintiff will institute legal proceedings by filing a Judicial Application Originating a Proceeding (“Application”). This Application is the procedural foundation of the claim. It is a written proceeding which narrates the factual basis for the claim and asks the Court to grant the remedy sought. Before being filed into Court, the Application is served by bailiff upon the Defendant along with a Summons, which, as its name suggests, summons the Defendant to appear before the Court.

DEFENDANT’S ANSWER TO THE SUMMONS

Within 15 days of service of the Summons, the Defendant must serve and file an Answer to Summons, whereby he indicates whether he intends to negotiate a settlement or defend himself against the application. In practice, as a matter of positioning, the Defendant who answers the Summons will generally advise of his intention to defend, which does not mean that settlement discussions cannot take place. See below on this.

If the Defendant chooses to defend himself against the Application, then the parties must agree upon a Case Protocol within 45 days of the service of the Summons. The Case Protocol outlines the steps and timeline of the proceedings to ensure the orderly progress of the case and that the strict time limit for trial readiness is respected. Within 20 days of the filing of the Case Protocol, a judge may call the parties to a case management conference to oversee the Case Protocol and modify it in certain regards.

Depending on the value of the suit, parties may examine one another on any fact or evidence relevant to the dispute. The details pertaining to these examinations are specified in the Case Protocol and certain limits apply as to their duration.

Before the case is ready for trial, the Defendant must file a Defence. A Defence is generally “oral”, in the sense that the Defendant’s grounds of Defence are submitted orally before the Court and recorded in the minutes of the hearing. In practice, “oral” defences can also be drafted in a brief outline which is then attached to the minutes. In exceptional circumstances and when the case presents a high level of complexity, a Defence may be written. In this case, the Defence is contained in a written proceeding whose format resembles that of the Application. This is a reversal of the general rule prevailing under the previous Code of Civil procedure, which was that Defences be done in writing

Within 6 months of the Case Protocol being accepted or determined by a judge, the parties must file a request to have the case set down for trial and judgment. This request is done by means of a Joint Declaration, whereby the parties announce their witnesses, what exhibits they intend to use at trial and how much court time they will need. Given that circumstances outside the parties’ control sometimes arise, one or both parties may petition the Court to extend the deadline for filing the request. After the request has been filed, the Court will contact the parties to set a trial date. Depending on the length and complexity of the case, this date may very well be anywhere from several months to one or two years in the future.

The trial begins with the presentation of evidence and ends with legal arguments. The Plaintiff presents his evidence first (testimonial, documentary, or material) and the Defendant may cross-examine Plaintiff’s witnesses and raise objections in regard to Plaintiff’s evidence. Once the Plaintiff has finished presenting his evidence, the Defendant then presents his evidence, subject to the Plaintiff’s cross-examination and objections. Once all the evidence has been presented, the parties plead their case and submit their legal arguments to the Court, commonly referred to as “oral arguments”. Once these have concluded, the judge often takes the case “under advisement”, which means he will consider the matter and render judgment at a later date.

Usually within six months of the case having been taken under advisement, the judge will render judgment and decide what damages must be paid or what orders be granted, if any. The judgment also determines which party must pay legal costs, as detailed hereunder.

“Legal costs” refers to Court costs and fees incurred during the litigation process. These include the indemnity provided to witnesses as well as bailiff, stenographer, and expert witness fees, amongst others. The successful party is generally awarded costs, which means the losing party will have to pay not only its own legal costs, but the other party’s costs as well. Depending on the case, this may amount to a considerable sum.

Also, although strictly speaking lawyer fees are not considered legal costs, the Code of Civil Procedure now explicitly allows judges to award “an amount that it considers fair and reasonable to cover the professional fees of the other party’s lawyer” to punish procedural misconduct. However, as a general rule, it is very difficult for a party to claim lawyer fees, which is an important consideration at any stage of civil litigation.

Judgments may be appealed before the Quebec Court of Appeal, which will have to decide whether to confirm, annul, or otherwise modify the judgment rendered by the trial Court. Some judgments are automatically appealable, while others require a judge of the Court of Appeal to grant a party leave (permission) to appeal. An appeal also generally prevents the winning party from executing the first judgment until the appeal is disposed of.

Finally, once judgment has been rendered by the Court of Appeal, a losing party’s final recourse would be to appeal to the Supreme Court of Canada, Canada’s final court of appeal. However, in all but exceptional cases leave must first be granted by the Supreme Court. Leave to appeal may be granted in cases where a question of public importance is involved or if it raises an important issue of law that warrants the Court’s consideration. If the Supreme Court refuses to grant leave, it generally does not give its reasons and the case comes to an end.

There are many reasons which might explain a party’s wish to settle out of Court: the risks and uncertainties inherent in trials and judgments, disclosure of sensitive information, costs, etc. No matter the reason, we firmly believe that alternative means to resolve or prevent disputes are almost always worth consideration at any time in the litigation process.

The philosophy underlying the Code of Civil Procedure revolves around promoting these alternative dispute resolution processes and encouraging parties to settle out of Court. The first article of the Code of Civil Procedure even compels parties to consider private modes of conflict resolution before petitioning the Courts. Described below are the principal alternative dispute resolution processes: mediation, arbitration and settlement conferences.

Mediation involves the parties mutually agreeing to designate an impartial third- party mediator to help them engage in dialogue, define the issues in dispute, identify their needs and interests and explore possible solutions. The parties are free to define the mediator’s role as well as the rules and length of the mediation process. The discussions held in mediation are confidential.

Arbitration is the submission of a dispute to an arbitrator named by the parties or the Court. In accordance with the law, the arbitrator renders a binding decision regarding the dispute. Generally, resorting to arbitration precludes the parties from bringing their suit before Court, although the winning party may petition the Court to have the arbitrator’s decision “homologated” (sanctioned by the Court).

If judicial proceedings are already undertaken, the parties can request, at any stage before trial, to participate in a settlement conference during which a judge facilitates dialogue between the parties and helps them explore potential solutions which could lead to a mutually satisfactory settlement. The conference is held privately and in the presence of the parties and, if they so choose, in the presence of their lawyers as well. The statements made and documents produced during the conference also remain confidential.

As described in these pages, there are many paths that may be taken towards dispute resolution and no matter the case, however complex or significant, opportunities for satisfactory and cost-effective solutions to disputes and litigation may be found. Be it by active negotiation, efficient litigation before the Courts or by any alternative dispute resolution process, these tools must be used strategically in order to individually tailor a solution to each problem.

We also possess a deep understanding and significant experience in matters relating to the dismissal of high to mid level employees, construction litigation and bankruptcy and insolvency litigation.

We seek to develop a negotiated and reasoned approach to solving conflicts. To this end, we know from experience that it is by adopting a solid position and establishing the credibility that comes with good preparation and a thorough understanding of the file that we can ensure that negotiations will result in positive outcomes for our clients. We pride ourselves on consistently striving to provide our clients with costs-effective and practical solutions.

We invite you to refer to our Legal Postings section for information on selected topics and our Judgments of Interest section for some of the results obtained by our team.

Consult our legal posting or our judgments of interest.

Our lawyers specialized in commercial litigation and dispute resolution 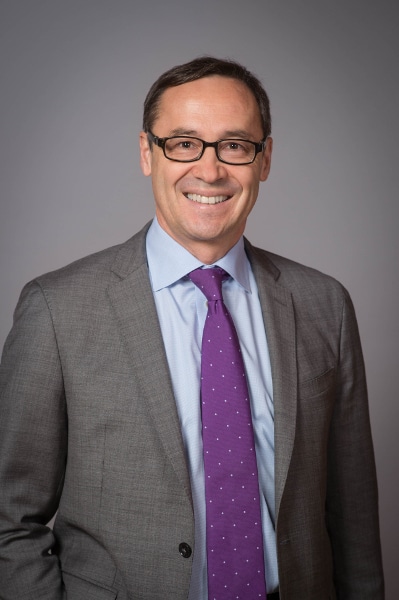 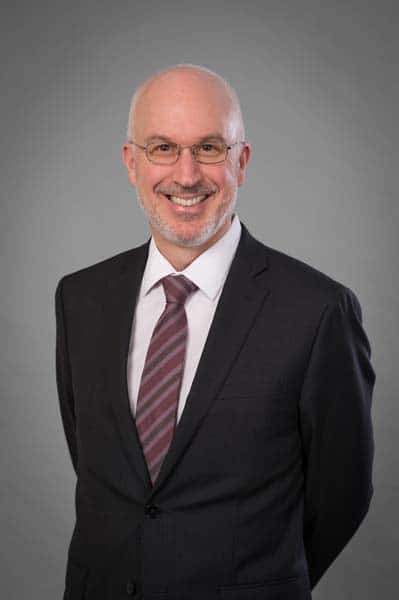 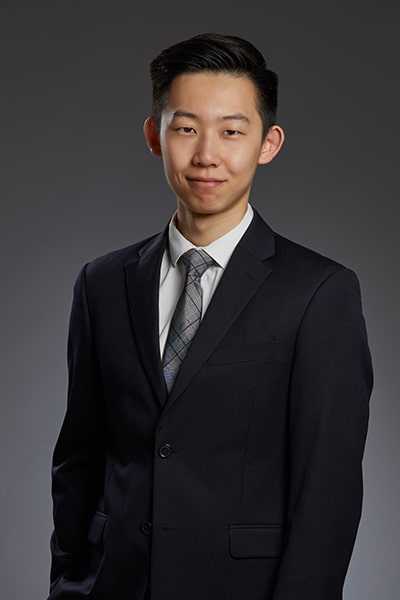