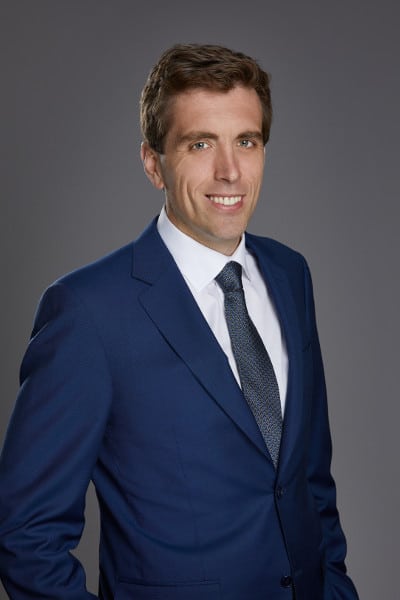 Jean-François Poulin joined Ravinsky Ryan Lemoine in 2007, where he quickly became a partner in early 2009.

Having worked as a tax lawyer for more than twelve years in the tax litigation team, Mr. Poulin has acquired extensive knowledge of the machinery of government and has developed a serious and credible network of contacts within the Canada Revenue Agency, the Quebec Revenue Agency, which enables him to make rapid progress on the issues in which they are involved.

Mr. Poulin has the privilege to be surrounded by a team of dynamic lawyers who work under his supervision. Together, they are constantly looking for innovative and creative solutions in the best interests of their clients.

Mr. Poulin holds a Master’s Degree in Taxation and has been teaching the Administrative Tax Law course at the Master’s Degree in Law – Tax Option at HEC Montreal since 2011. He has also been invited as a speaker at numerous events and is the author of several publications on various tax law issues.

Mr. Poulin is sensitive to the financial issues that may arise from a dispute with the tax authorities and is of the opinion that the success of a case is not only determined by its outcome, but also by the reasonableness of the legal costs incurred to reach it.